Kims has been a hideaway for Sydney people for 134 years.

Kims has been a hideaway for Sydney people for 134 years.

Kims history dates back to 1886 when a local seafaring merchant, Captain Frans Charlson, established “The Camp” here on the shore of Toowoon Bay. He built a slab-timbered kitchen that also served as the dining room. Guest accommodation consisted of tents and were later replaced by simple timber cabins. It was the Captain who planted our stately avenue of Norfolk Island pines, all which remain of more than 100 that he planted in this area. Paths wound through the thick coastal bush and around natural springs to the deserted beach. Of course, back then, enjoying the beach was a ‘dress up’ affair and not a sign of bare flesh was to be seen anywhere. Australians were still constricted by Victorian notions of propriety. It was not until 1902 that the law prohibiting bathing on open beaches during daylight hours was lifted.

Captain Charlson also blazed a horse and cart track from the Long Jetty to then Chinaman’s Bay, which was later renamed Toowoon Bay. That road is now called Archibald and Toowoon Bay roads.

In the 1920’s two American brothers the McKimmins, who started Sydney’s first ice cream parlours, bought the retreat and improved the accommodation, however it was still a very rustic experience. Walls were bare timber and furniture consisted of an iron bed with Kapock mattresses, a night chamber pot, a broom and a towel. It was the McKimmins who used their surname to create the name “Kims Camp”.

A retired army colonel, Clive Loc Hughes-Hallett took over after the end of World War II, and shortened the name to “Kims”. During his time, Kims acquired a reputation for its dining room – one that has been honoured ever since. A plaque under our flag pole commemorates the Colonel, who retired in 1972.

The current family have been involved since 1954. 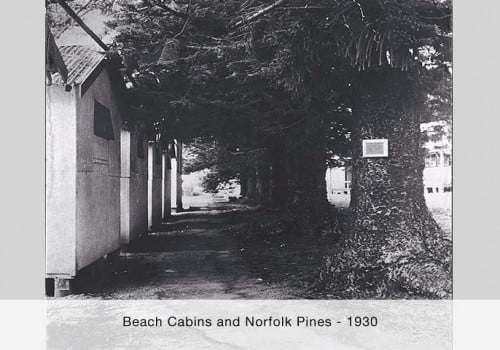 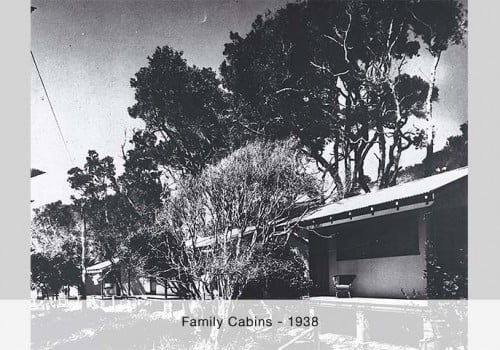 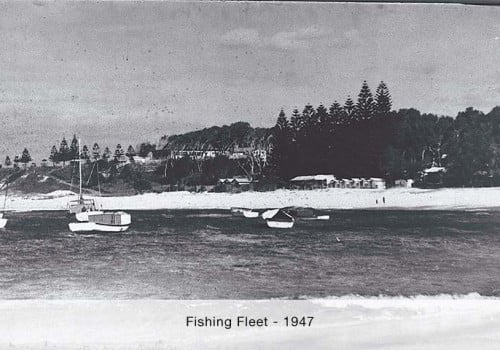 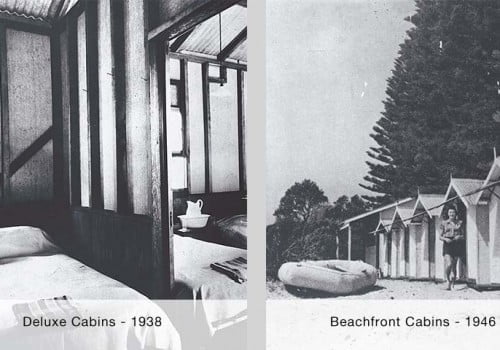 The Government Regulations regarding Covid-19 is changing regularly. Please contact our Reception team on 02 4332 1566 to discuss any accommodation requirements.